2022 Senatorial Candidates And Their Past Jobs Before Elections (Part 3) 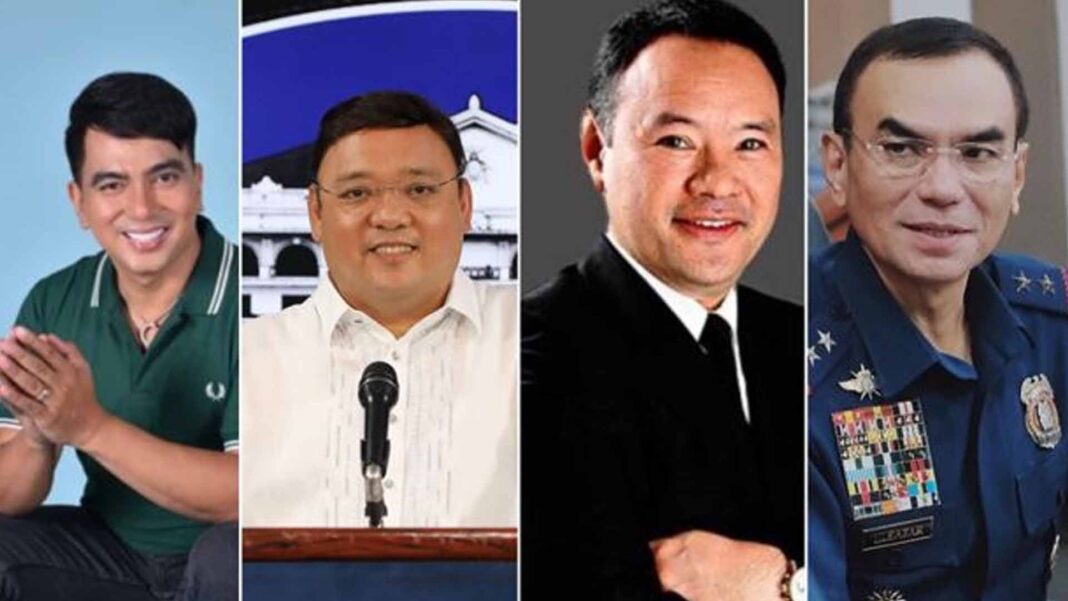 2022 Senatorial Candidates And Their Past Jobs Before Elections (Part 3)

As the 2022 Philippine elections draw near, you’ve probably heard about the top senatorial choices who are likely to win according to the surveys. The others, however, are still trying to catch your attention in the hopes of getting a slot in your 12 senatorial votes.

They dance, crack a joke, and perform different antics in an attempt to connect with you. Meanwhile, some senatoriables take a more formal approach by presenting their platforms and promising genuine representation in Congress. But with 64 candidates eyeing a senate seat, it would be difficult to get to know them all.

With only a few days before the elections, other voters have already made up their minds. If you’re still undecided or just curious about what your senatoriables have been doing before the 2022 election season, then this article is for you. 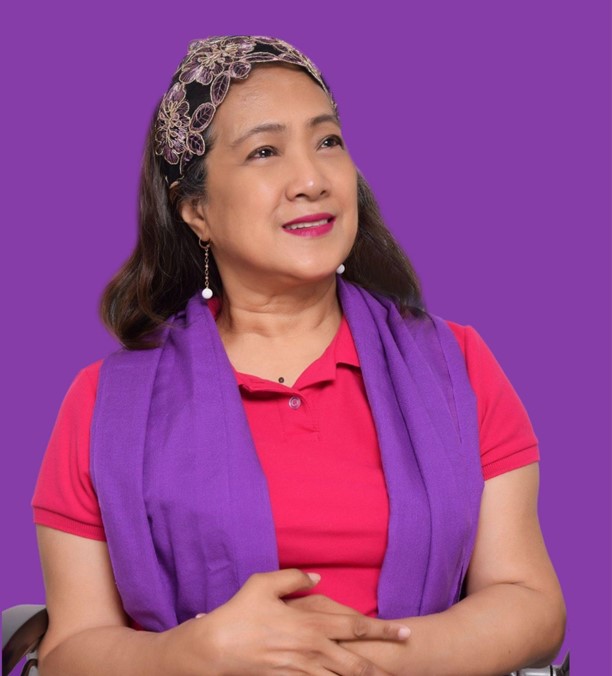 Carmen Reyes Zubiaga is an advocate and consultant for persons with disabilities, gender equality, and social inclusion. She worked as a public relations and fundraising manager of Tahanang Walang Hagdanan and as a public information officer and social welfare officer in Taytay Rizal municipal government.

She is the founding president of Women With Disabilities Leap to Social and Economic Progress Inc. (WOW Leap). Zubiaga is also the acting executive director of the National Council on Disability Affairs — the agency mandated to lead in policy formulation, program development, and monitoring of all disability-related activities in coordination with public and private agencies and institutions. 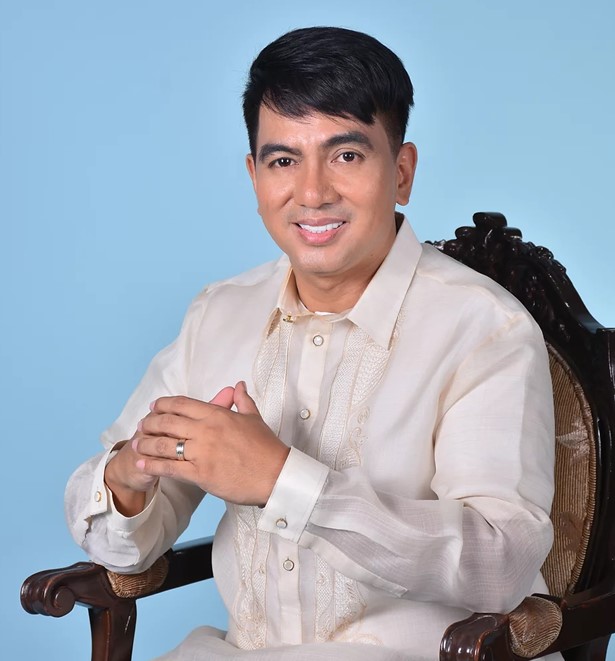 He also guided aspiring and striving business owners who run MSMEs through his long-running radio-turned-cable show, ‘Radyo Negosyo.’ As an educator, Balita worked as the dean of Dominican College and director for Pamantasan ng Lungsod ng Maynila. 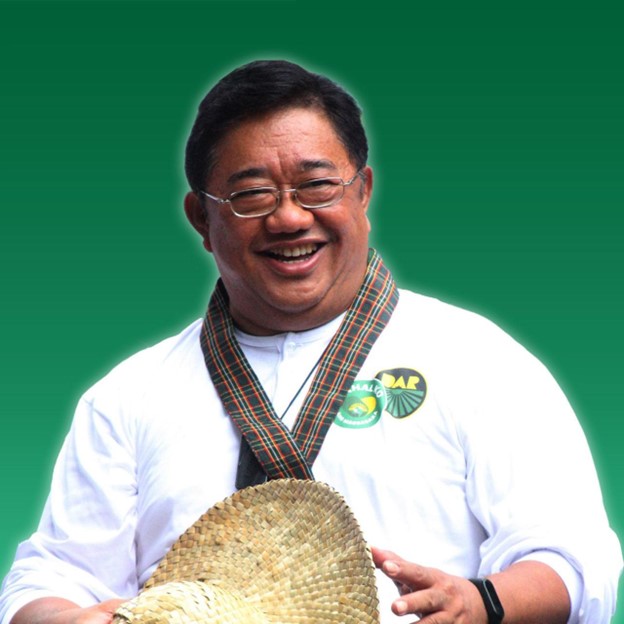 ‘Bro’ John Castriciones is a lawyer, professor, and author. During his years in public office, he became the Department of Agrarian Reform secretary and undersecretary for Operations for the Department of the Interior and Local Government.

As the agrarian reform secretary, he was mandated to lead the implementation of the Comprehensive Agrarian Reform Program. Castriciones oversaw administrative updates such as streamlining the legal procedures in the processing of land reform cases. He also claims to have achieved zero backlogs of pending cases in DAR’s agrarian legal services.

On one hand, he had earned the president’s ire over the slow land conversion and distribution process, including the 2,200 hectares of government land. He also has the lowest land acquisition and distribution recorded in its first three years compared to other administrations according to Task Force Mapalad. 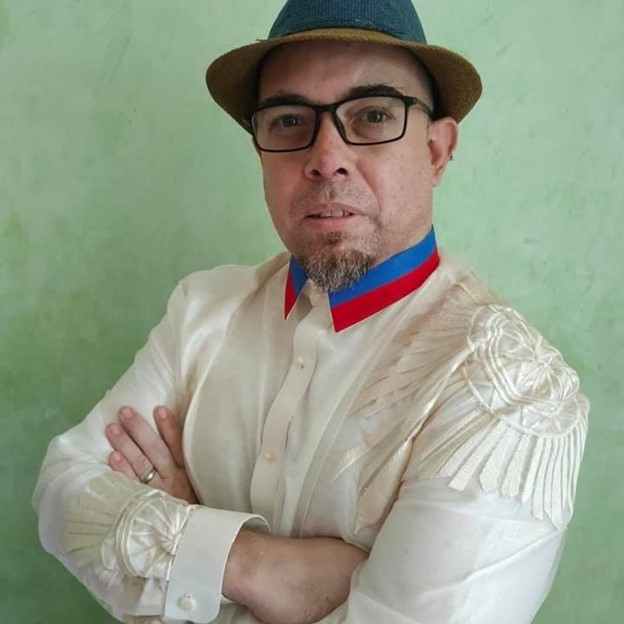 David D’Angelo is an environmental activist, social media professional, and events organizer. He is the national president of the Green Party of the Philippines (GPP) Kalikasan Muna and a member of the Climate Reality Leadership Corps. He works as the director and board member of several environmental groups including Aksyon Kalikasan and Luntian Center for Environmental Governance.
As a social media professional, he worked in digital marketing and events organizing and management for environmental groups like the Rotary Club of Alabang Madrigal Business Park. 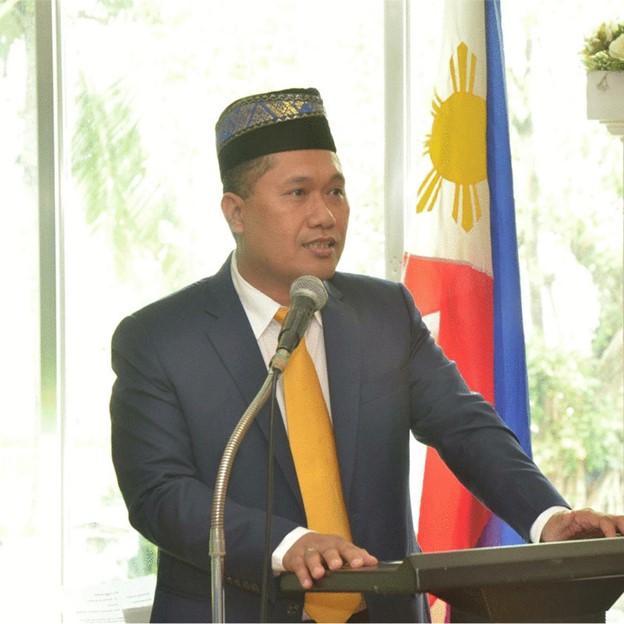 Albani is the founder of the advocacy group Unity for Revival Foundation. He also served as chair of the World Philosophical Forum under UNESCO and was a special envoy to the Organization of Islamic Conference. 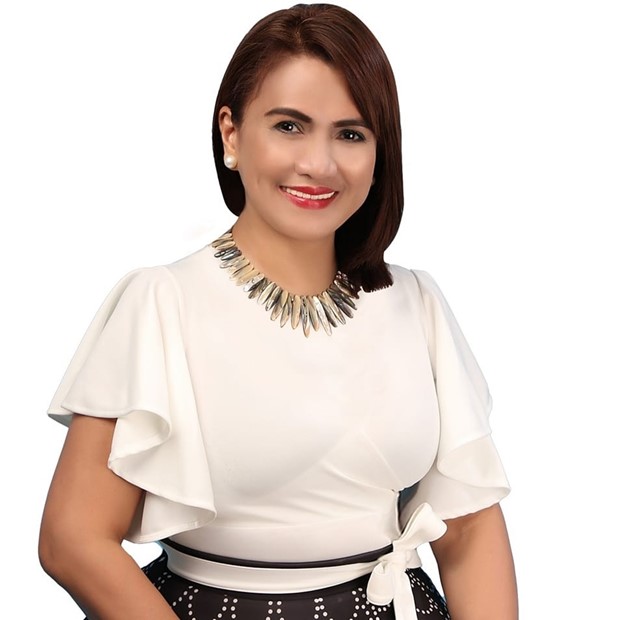 Astravel Pimentel-Naik served the government office as the undersecretary for the Department of Energy and as executive director and undersecretary of the Commission on Filipinos Overseas. She also worked as the political affairs officer of former Senator Aquilino “Koko” Pimentel and as assistant to the chief of staff.

As undersecretary of the Commission on Filipinos Overseas, she built a partnership with the local government of Batangas for the BaLINKBayan Project. She was also a coordinator and national chairperson on membership for PDP-Laban.

Astra Pimentel also co-authored the ‘Intellectual Property in the Philippines’ and wrote ‘Super Lolo: The Odyssey of Lorenzo M. Tanada.’ 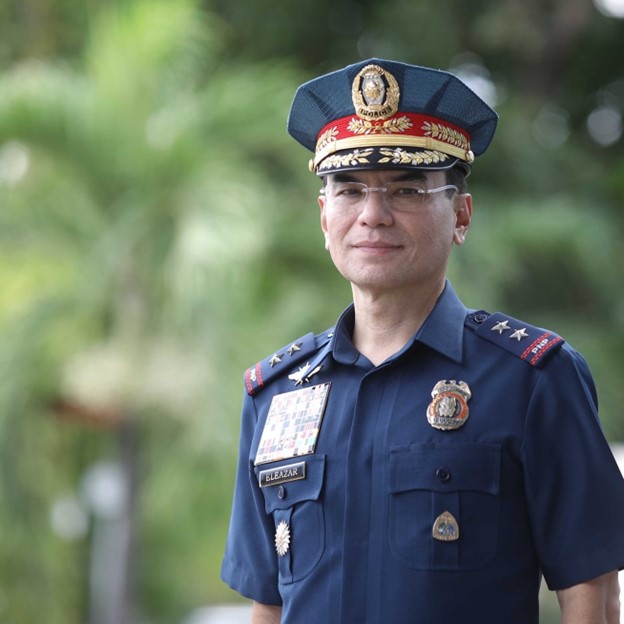 Gen. Guillermo Eleazar has served for over three decades in law enforcement and is the former chief of the Philippine National Police. He also worked as the organization’s deputy chief for Administration and deputy chief for Operations.

In his capacity as chief of the PNP, Eleazar oversaw modernization and accountability initiatives for the PNP including the passage of guidelines for body-worn cameras during operations, as well as the online complaint platform E-Sumbong to report corrupt officers. 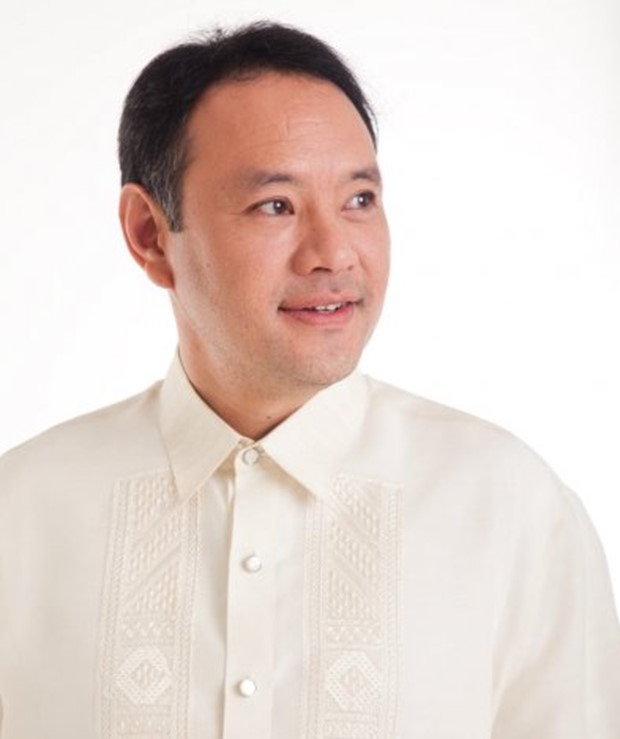 Gilbert ‘Gibo’ Teodoro is a lawyer, and corporate executive, who has served in the public office as both a defense secretary and lawmaker. Elected to three terms as representative of the 1st District of Tarlac, he principally authored at least 100 bills, six of which were enacted into law. These laws include granting franchises to the Provincial Airways Corporation and Radio Maria Foundation. The rest focused on local infrastructure.

Teodoro also served as the concurrent head of the National Disaster Coordinating Council when Typhoons Ondoy and Pepeng hit the country in 2009, where he received criticism for the slow roll-out of the rescue and relief operations. 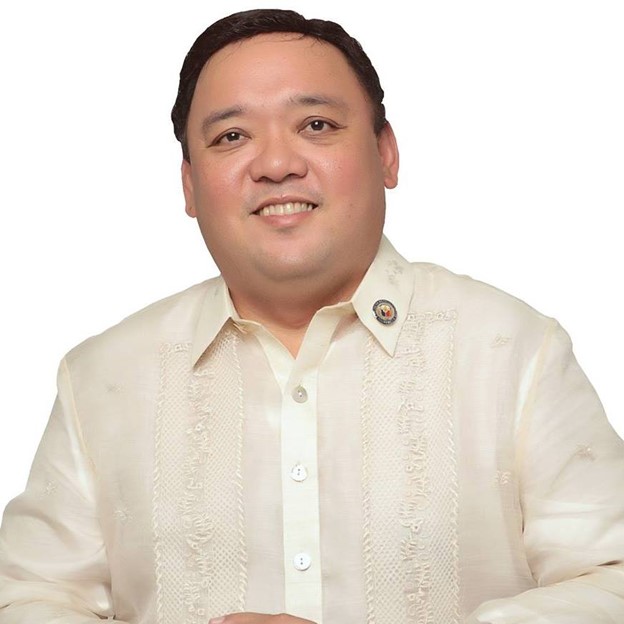 Harry Roque is an international law and human rights lawyer, and former law professor. He recently served as the spokesman for President Rodrigo Duterte. As an educator, he taught Constitutional Law and Public International Law for 15 years at the University of the Philippines College of Law.

He was also the first Asian to be admitted to practice before the International Criminal Court but his critics argue that he diminished his legal reputation with his continuous support of Duterte’s actions. 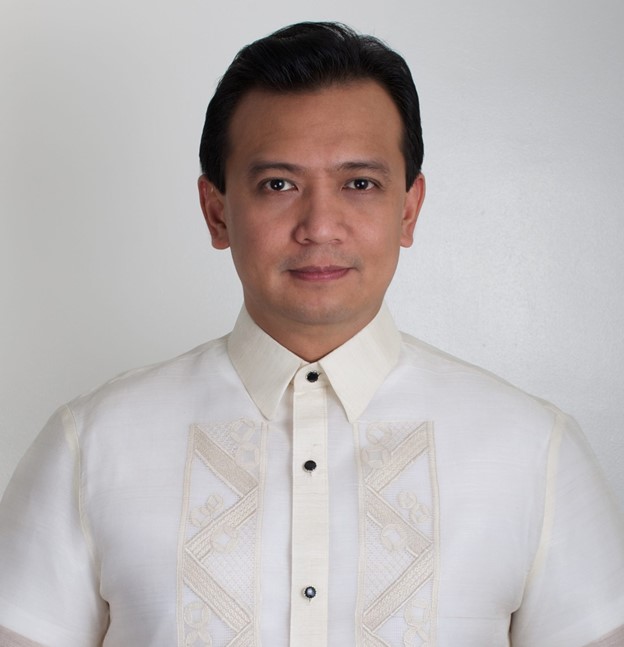 Antonio ‘Sonny’ Trillanes IV is a former senator and Lieutenant of the Philippine Navy. He worked to pass at least 17 laws including the Magna Carta for the Poor, the Archipelagic Bases Law of 2009, and the law requiring the release of retirement pay and benefits of retiring government employees.

Trillanes was arrested in 2003 and detained in 2010 in connection with the Oakwood mutiny and the Manila Peninsula siege, in opposition to the Arroyo administration. He was then granted amnesty by President Benigno Aquino III in 2010 and released.

During his term in the senate, he also launched several inquiries into alleged corrupt activities involving key public figures including President Rodrigo Duterte and his family, eventually leading to Duterte declaring his amnesty void. 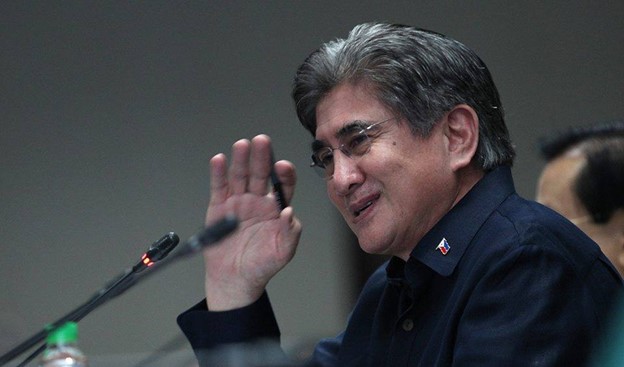 Gregorio “Gringo” Honasan II is a retired soldier, revolutionary, and former senator. He recently served as secretary of the Department of Information and Communications Technology.

Honasan is a dismissed Philippine Army officer who led unsuccessful coups d’état against President Corazon Aquino and played a key role in the 1986 EDSA Revolution that toppled President Ferdinand Marcos. On one hand, Honasan is currently a part of the senatorial slate of the late dictator’s son.

As a legislator, he principally authored laws increasing the monthly old-age pension of senior veterans and increasing the base pay of uniformed personnel in the government, the Anti-Hazing Law, and the ‘Masustansyang Pagkain para sa Batang Pilipino’ Act. He was also the principal sponsor of the Comprehensive Agrarian Reform Extension with Reforms Law. 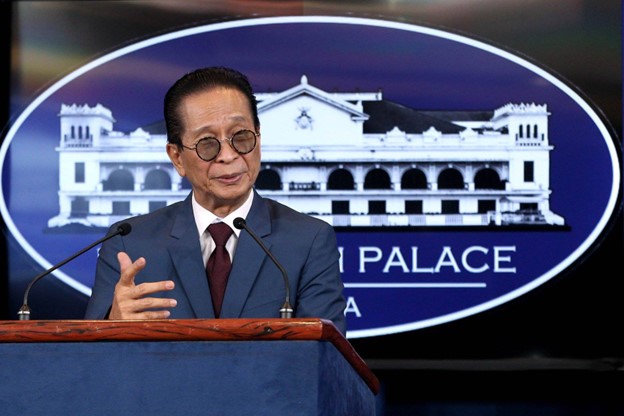 Salvador ‘Sal’ Panelo is a lawyer specializing in constitutional, criminal, and remedial law, who recently served as the chief legal counsel of President Rodrigo Duterte. He also worked as the president’s spokesman.

In his legal career, he defended prominent political personalities such as Datu Unsay Mayor Andal Ampatuan Jr. over the infamous Maguindanao massacre and Senator Ramon “Bong” Revilla Jr. when he faced plunder charges after the pork barrel scam issue. He also represented members of the Marcos family in efforts to resist the Philippine government’s recovery of alleged ill-gotten wealth.

Panelo worked as a law professor, columnist, and radio show host before serving in the Duterte administration.