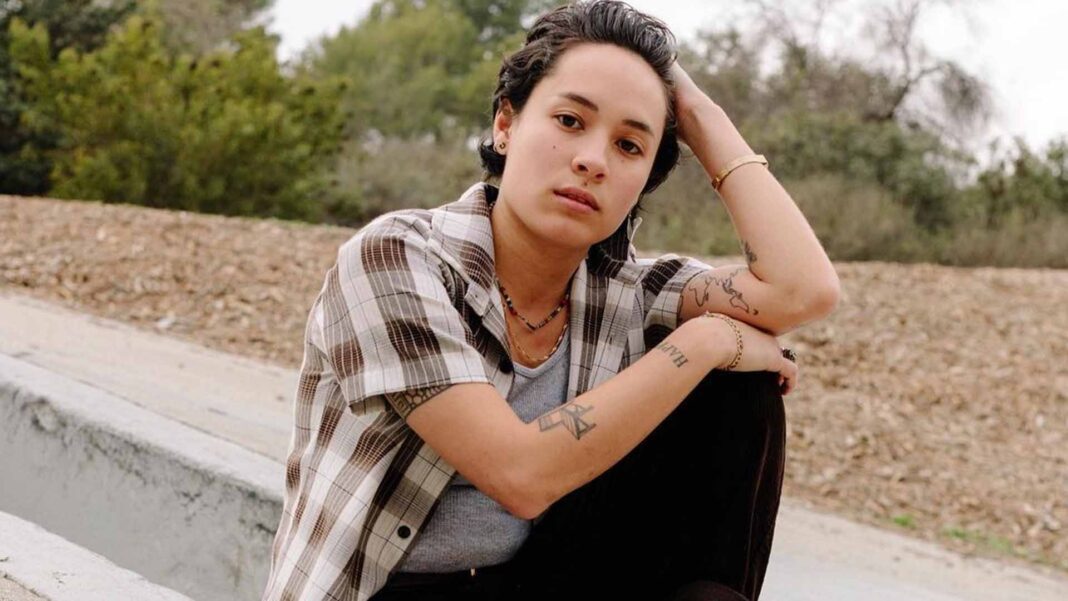 Filipino represents Elena Carine SanDiego Heuzé, is an androgynous half-Pinoy actor that goes by the pronouns she and they. She is from a household with a Filipino mom and a French-Spanish father.

Despite being born in San Mateo, California, the Heart Shot lead actress was brought to the Philippines when she was a year older and raised in the country until she was 18.

She spent her childhood and high school years at a French school, where she learned French while still learning Tagalog at home. They later moved to Los Angeles to pursue her BA in Psychology and her acting career.

The Filipino-French actor shared that she once tried acting in the country—starring in different commercials and even cast and signed with Viva Entertainment but later found it different which led her to seek an acting career in a different form in her liking.

Elena knew even in her childhood that she wanted to pursue a career in acting. When she was 7 years old, she always dreamt of being Spider-Man. Meanwhile, they who have lived in the Philippines for 18 years shared that she wished to have watched more Filipino films and series as she only watched the popular TV series Pangako Sa’yo.

The multi-talented half-Pinoy who has been breaking barriers and making waves in the international acting scene is also multi-talented, showing her skills in different fields such as dance/choreography, sports, hosting, modeling, singing, and more.

Representing women of color, Elena in an Instagram post, proudly shared the great news in a caption, “Guys my face is on Netflix”, she wrote as an official announcement for her new Netflix short film and added “this was literally a dream come true.”

She portrays the compelling character of Nikki, a lover to Sam played by Nia Sondaya. She is a strong female protagonist who got away from her past life for a better and different future.

In general, Netflix describes the movie as “Teenagers Nikki and Sam are in love and planning their future together — until Nikki’s dangerous past returns to threaten everything.”

The short film Heart Shot with a rundown of 19 minutes is a romance film directed by Marielle Woods that becomes a tense-action thriller, a shifting tone in its plot once you’ve watched. It is described as “progressive” as it portrays a good representation of women’s empowerment and support to the LGBTQIAP+ community.

Previous articleBreak Or Bond? This Pinoy Election-Themed Card Game Could Put Friendships To A Test
Next article20 Cordillera Cops Ready To Serve As Election Board Members