PRDD: ‘I Am Rodrigo Duterte And Will Remain At Your Service’ 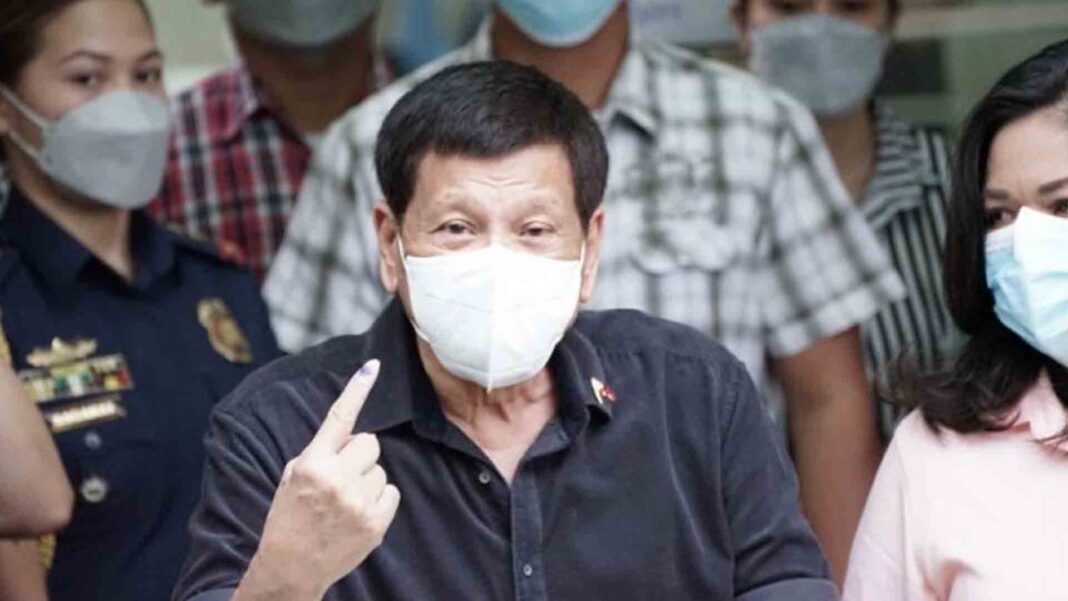 PRDD: ‘I Am Rodrigo Duterte And Will Remain At Your Service’

Six years since he cast his vote in the elections that propelled him to the country’s highest position, President Rodrigo Roa Duterte has nothing but gratitude to Dabawenyos.

“I will soon complete my term as your President, and I just want to let you hear my heartfelt gratitude to you, people of Davao. You kicked off my journey to Malacañang,” Duterte said in Cebuano outside his voting precinct at the Daniel R. Aguinaldo National High School Monday.

Duterte finished casting his vote at around 4:59 p.m. He was accompanied by his common-law wife Honeylet Avanceña, and Senator Christopher Lawrence Go.

The President issued a short farewell speech as he was greeted by Dabawenyo voters outside the voting area.

As I step down from office and transition back to being a civilian, just like what I have said when I started as mayor: I am Rodrigo Duterte and I will remain at your service,” Duterte told the cheering crowd.

All throughout the election period, Duterte kept his vow not to endorse a presidential candidate even with one of them was a running mate of his daughter, Mayor Sara Duterte-Carpio.

On Friday last week, at the miting de avance of his son Sebastian Duterte who is running for mayor here, the President made it clear that he did not intend to start a political dynasty in this city.

“I was your mayor for many years, I and Inday (Sara Z. Duterte] not because I wanted to start a political dynasty. I live in Davao, I know what it is like to monopolize the government. That is not my intention, Duterte said.

“When I finished my term as mayor, I looked for a replacement, but the barangay captains…they wanted my children to take the lead,” he added. (PNA)

Previous articlePH Covid-19 Cases Daily Average For May 2-8 Down To 161
Next articleNayong Pilipino, DOH Promote Mental Health Through Green Space