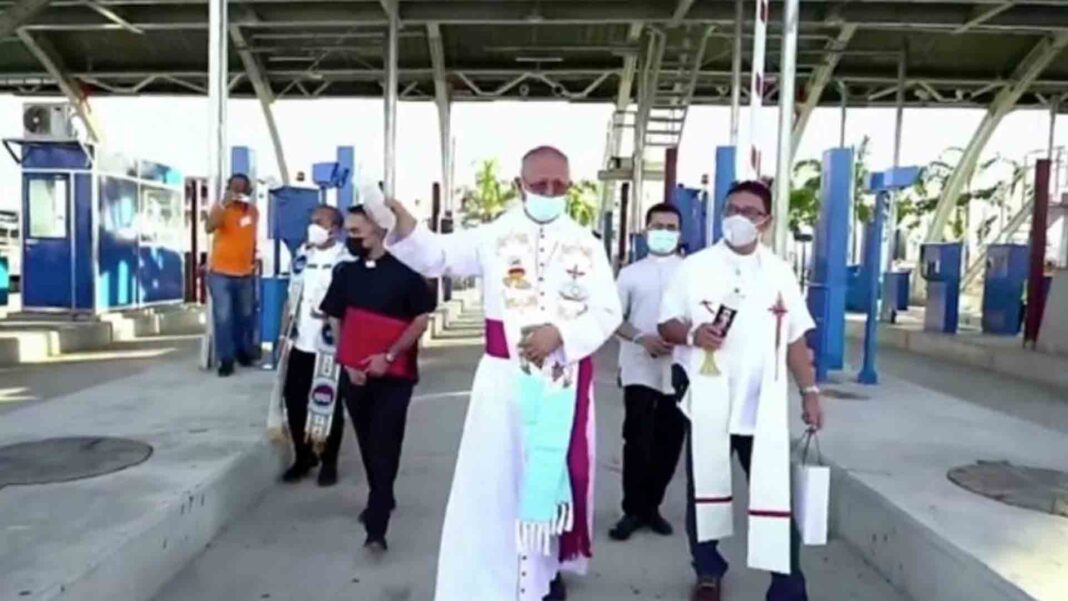 Mayor Michael Rama on Wednesday urged Cebuanos and visitors to patronize the new iconic expressway connecting the capital city’s mainland and the island town of Cordova.

In his speech during the opening rites of the Cebu-Cordova Link Expressway (CCLEX), he urged the public to experience the beauty and convenience of the expressway and pay the toll fees as a way of supporting the famous bridge project.

“Bayad mo, agi (Pay the toll fee in using), patronize, support the project. This is Cebu. This will make wonders in the economy, culture, art, and, spirituality in Cebu City, Mandaue City, Lapu-Lapu City, Cordova, Talisay City, and most of all, to the province,” Rama said.

Although CCLEX is constructed through a privately-run joint venture, the mayor lauded President Rodrigo Duterte and Metro Pacific Tollways Corp. (MPTC) chair Manny Pangilinan for their “big contributions” to the project.

Rama lauded Duterte’s leadership which espouses the expansive network of roads and bridges that have contributed to the sustained socio-economic developments around the country.

He also commended former Mayor Tomas Osmeña and the late Mayor Edgardo Labella for their vast contribution to the CCLEX.

Rama and Cordova Mayor Mary Therese Sitoy Cho also lauded the late Presidential Legislative Liaison Office Secretary Adelino Sitoy for making the once sleepy town into a developing locality by connecting it to the mainland and giving it a good prospect for economic progress.

“CCLEX is one of Cordova’s strong foundations. Before Papa Ady (Sec. Sitoy) joined our creator, he had laid down the foundations for the progress of Cordova,” Cho said in her speech.

The 8.9-kilometer CCLEX connects Cordova town in Mactan Island to the South Road Properties in Cebu City. It was built by The Cebu Cordova Link Expressway Corp., a wholly-owned subsidiary of the MPTC, in partnership with the Municipality of Cordova and the City of Cebu.

A study by the Center for Social Research and Education of the University of San Carlos noted that the CCLEX “is expected to contribute to the socio-economic development not only of the municipality of Cordova and Cebu City, but also the adjacent cities of Lapu-Lapu and Mandaue, as well as cities and municipalities in the southern part of the Province of Cebu.” (PNA)