VP Leni Comforts Supporters, Says There Are More Battles Ahead 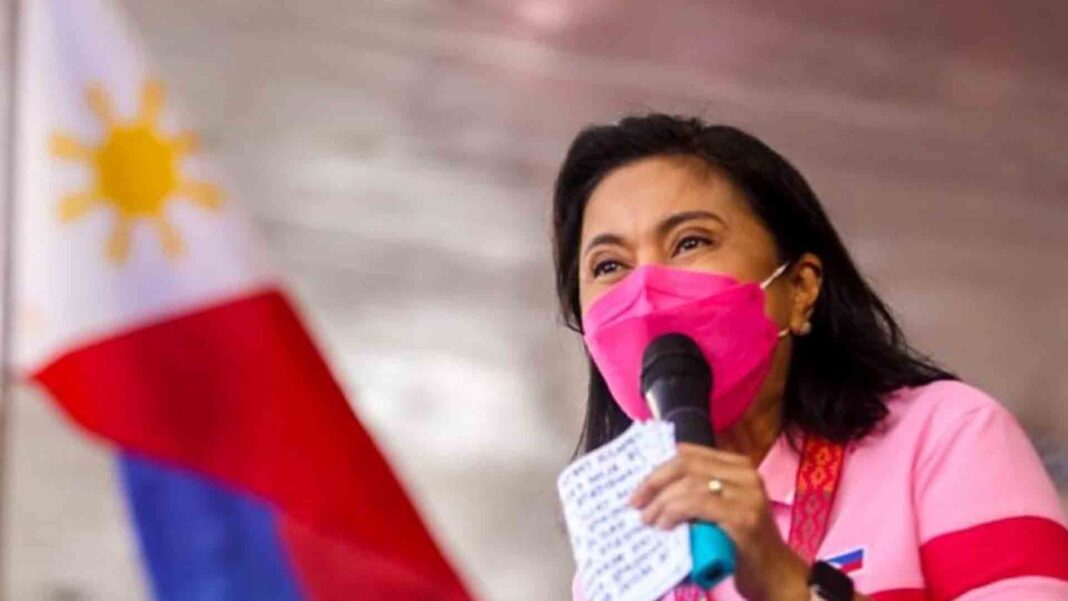 VP Leni Comforts Supporters, Says There Are More Battles Ahead

Vice President Leni Robredo, at least 16 million votes behind frontrunner Ferdinand Marcos Jr. in the presidential race as of the unofficial noon tally, told her supporters in a pre-dawn address Tuesday that they did not fail because they started a new movement.

She added that what is important is that new doors have opened.

“Kaya sinasabi ko sa inyo ngayon: Walang nasayang. Hindi tayo nabigo (And so I am telling you this: nothing was wasted, we did not fail),” Robredo said.

“Pinakamahalaga: Hindi pa tayo tapos. Nagsisimula pa lang tayo. May landas na nagbukas, at hindi ito sasara kasabay ng mga presinto. May kilusang isinilang, at hindi ito papanaw sa pagtatapos ng bilangan (What is important is that we are not yet done. We are just starting. A new path has opened and this will not close with the closing of the precincts. A movement was born and this will not die as the counting is finished),” she said.

Robredo said she understands her supporters are dismayed, especially with reports of irregularities, but emphasized it is important to have faith in the democratic process.

“Gayumpaman, sinasabi ko sa inyo: Alam kong mahal natin ang bansa, pero hindi puwedeng maging ugat pa ng pagkakawatak-watak ang pagmamahal na ito (However, I am telling you: I know we love our country, but this love should not be the root of disintegration),” Robredo said.

In a statement later in the day, she said she will meet with experts to tackle concerns raised on social media and wil share the results of those consultations.

Robredo thanked her supporters who stayed with her during the campaign period, as well as all those who believed and voted for her.

They will have a get-together on May 13 at a still undisclosed venue in Manila.

She encouraged them to stay strong and focused and promised she will be with them as long as she is needed.

“Wala akong planong abandonahin ang mga bagay na habambuhay ko nang ipinaglalaban. Tuloy ang trabaho ko para i-angat ang buhay ng mga nasa laylayan. Tinatawag ko kayong samahan ako dito at sa iba pang mga laban (I do not have any plans of abandoning what I have been fighting for all my life. My work to uplift the lives of those in the lowest sector of society continues. I am calling on you to be with me in this fight and all other fights),” Robredo said. (PNA)