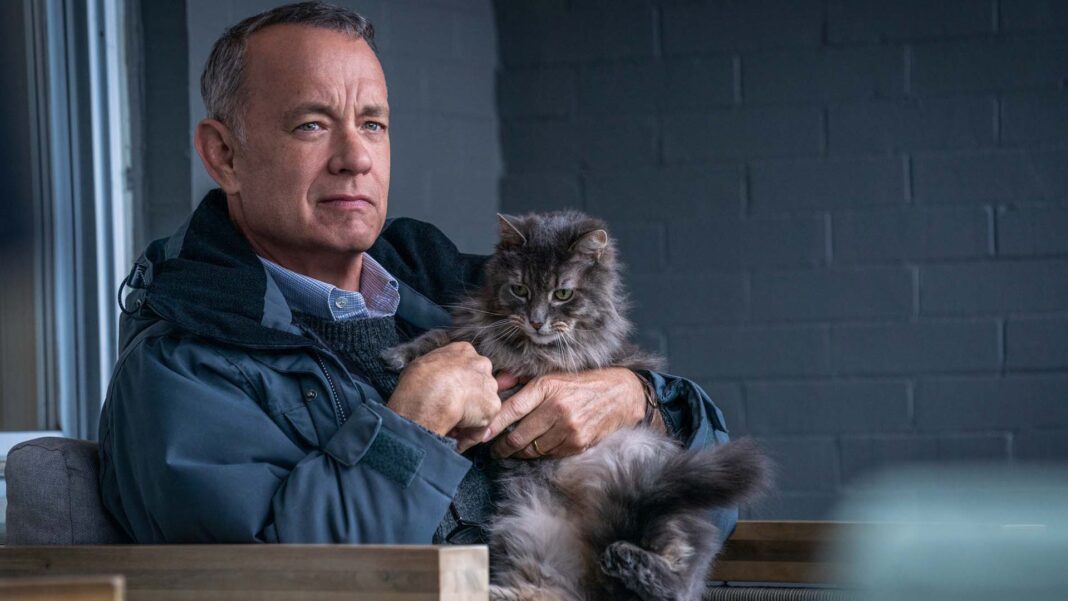 In the emotionally inspiring tale A Man Called Otto, Tom Hanks stars as Otto Anderson, a grump who no longer sees purpose in his life following the loss of his wife. Otto is ready to end it all, but his plans are interrupted when a lively young family moves in next door.

Things have gone wrong for Otto. “He’s led this ritualistic life, and then suddenly, everything changes for him,” says Hanks. “His wife has passed away. He is forced into retirement. New neighbors move in. He’s feeling like the only thing he has left is his daily routine, and now he thinks he’s fighting his final battle, against the relentlessness of fate.”

“The thing that Otto is dealing with really is time – relentless time that passes – and time ends up being both the villain and the hero of the piece,” Hanks continues. “Otto hates the passing of that time. He rebels against the fact that it’s time for him retire. He doesn’t appreciate the fact that his wife got older and she developed the great malady of maladies, and her time was up.

“And now, he’s trying to rush time along, to end it all for himself and join her,” says director Marc Forster. “But you can’t do that.”

That’s why he’s so grumpy, says Hanks. With the passing of his wife, Sonya – a courtship that the film lovingly plays out in flashbacks – Otto has lost the sweetness that makes life worth living. “He knew that he was made different by Sonya,” says Hanks. “And when she was gone, he thought he was never going to have that back again. And in the early part of the film, he’s actually trying to speed along time. But time takes care of itself. You can’t fight it. He lives another day and he goes from a bad day to a better day.”

Time takes care of itself with the appearance of new neighbors – who bring Otto into that better day despite himself. “It’s the last thing he’s anticipating as being the great catalyst for the rest of his days,” says Hanks.

“The thing that fills the void in our lives is each other – ourselves – our neighbors,” says Hanks. “Even if you don’t like each other, even if you have great cultural differences, religion or heritage or politics, sooner or later, they’re going to need your help and you’re going to need theirs. If you don’t know how to bleed your radiators, who are you going to turn to? When the tornadoes always hit, what’s the first thing that happens? Neighbors come out with chainsaws and U-Hauls. A Man Called Otto puts that idea forward – it is a movie about community and a movie about family.”

The Department of Agrarian Reform has turned over a hauler truck to sugarcane farmers in North Cotabato to improve their productivity.
Luzon

The Department of Trade and Industry has distributed livelihood kits to small enterprises in Pampanga to expose the presence of furniture and guitar manufacturers in the area.
Mindanao

A parliament member from the governance in Muslim Mindanao wants to build an organization dealing with population management to monitor and manage the population growth in the province.
Luzon

During this upcoming Panagbenga festival, visitors can expect cultural performances, a traditional market, and landscaping competitions during the cultural event.
Mindanao

The Department of Science and Technology announced that the citronella processing facility in Bukidnon is now fully operational and benefitting farmers and indigenous people in the province.
Load more