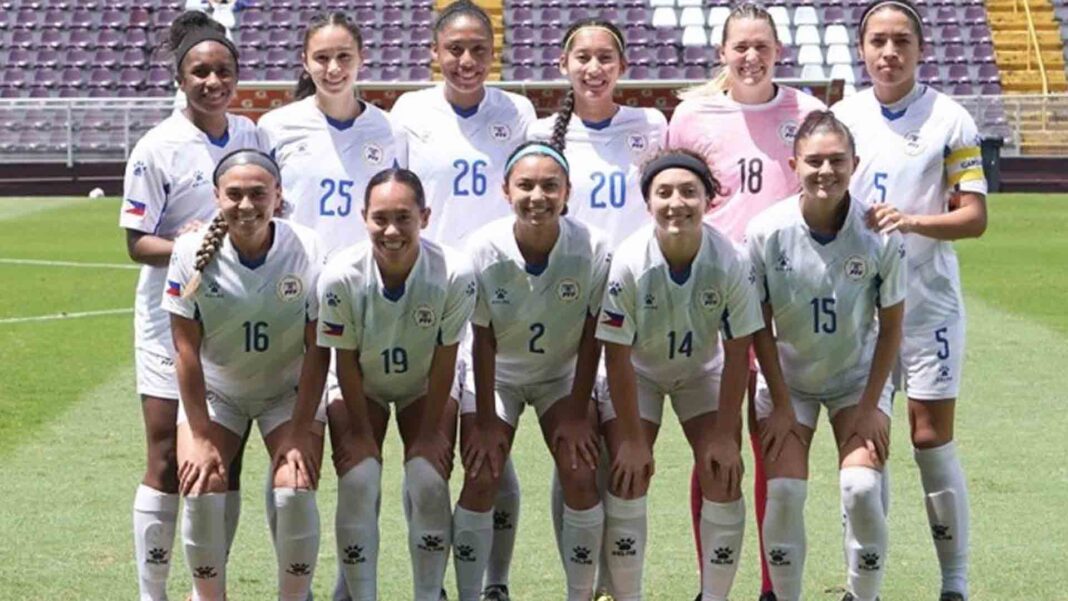 No one could doubt that 2022 was a banner year for the Philippine women’s football team.

The now-called “Filipinas” fulfilled what Filipino football fans are hoping for with the men’s team, winning a Southeast Asian Games medal again after a long while by ruling the AFF Women’s Championship last August in front of up to 8,257 fans at the Rizal Memorial Stadium.

The biggest story of all, the Filipinas has qualified for the FIFA Women’s World Cup.

“It’s been a remarkable year and to sum it up in just two sentences would be an injustice. To qualify for a World Cup for the first time in the history of the country is truly amazing. The bronze medal at the SEA Games was amazing. Winning the tournament at home for the first time, the AFF, was really really remarkable and humbling. To have that in front of our home crowd is really special,” said Coach Alen Stajcic in a yearend recap.

The Filipinas’ success led to many friendlies, particularly against squads also bound for the FIFA WWC, giving them an idea of how to gear up for the event.

The team has played 30 matches throughout the year, winning 18 of these, including a penalty shootout win against Chinese Taipei in the AFC Women’s Asian Cup quarterfinals in January that sealed their FIFA WWC berth. They also won against Myanmar in the SEA Games bronze medal match last May, and victories against perennial powerhouses Vietnam and Thailand in the AFF Women’s Championship playoffs in August to take the championship gold.

He described the 18 wins out of the 30 matches in 12 months as “incredible statistics and an incredible ride” for the team.

The Australian mentor then credited all the Filipinas’ achievements to their team manager, Jeff Cheng.

“We’ve said it many times, but the support of Jefferson Cheng is amazing, the players and the staff are blessed to have his support in sponsoring this team and for us to achieve to be able to achieve the things that we have. It’s been an incredible journey,” Stajcic said.

However, he added, the real battle has yet to come, admitting that they have a lot of things to improve.

He hinted that he might recruit more talented Filipina players to the national team for added firepower ahead of the FIFA WWC.

“We know how much we have to work harder to climb up that mountain next year. We’ve raised the expectations of the country which is fantastic, we’ve raised the expectations of the playing group which is even better now it’s about the players competing not just for the country, but competing for spots, increasing the depth and the flexibility, people able to do different roles and understanding roles even better,” Stajcic added. (PNA)