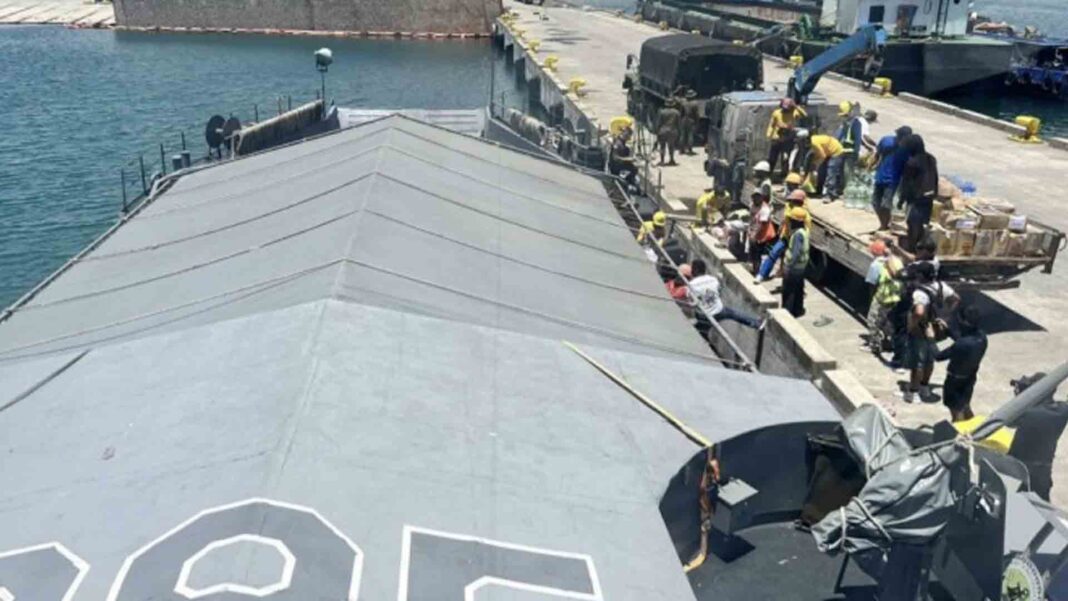 The Naval Forces Central (NFC) on Tuesday said the Philippine Navy’s landing craft “BRP Tausug” transported 34 tons of relief goods for distribution to the victims of the recent Typhoon Agaton in the city of Baybay and the town of Abuyog in Leyte.

Canilang is also the acting commander of Naval Task Group 2, a naval component under Joint Task Force Storm that continuously monitors the deployment of the Disaster Risk Reduction Team of Naval Installation Facilities Central (NIF-C) and the two teams of Naval Operations Unit 5 (NAVSOU-5), all under the NFC.

“BRP Tausug continues to transport the much-needed relief items and rotations of different teams of Search, Rescue and Retrieval Operations in the different barangays of both Baybay and Abuyog, Leyte,” Macapinig said.

She said the recent transport of relief goods for “Agaton” victims in Leyte was the second sortie since its onslaught two weeks ago.

She said military officers, including the commander of BRP Tausug, 802nd Infantry Brigade commander, Col. Noel Vestuir, and personnel from the Bureau of Fire Protection, the Philippine National Police, and the Philippine Coast Guard offered a Holy Mass for the casualties of the typhoon in Barangay Kantagnos, Baybay City.

BRP Tausug also transported relief goods for the Typhoon Odette victims in parts of the Visayas and Mindanao in December 2021. (PNA)

Previous articleYouth: The Hope Of Tomorrow
Next articleNew Covid-19 Cases In NCR Still Below 100 On April 25: OCTA