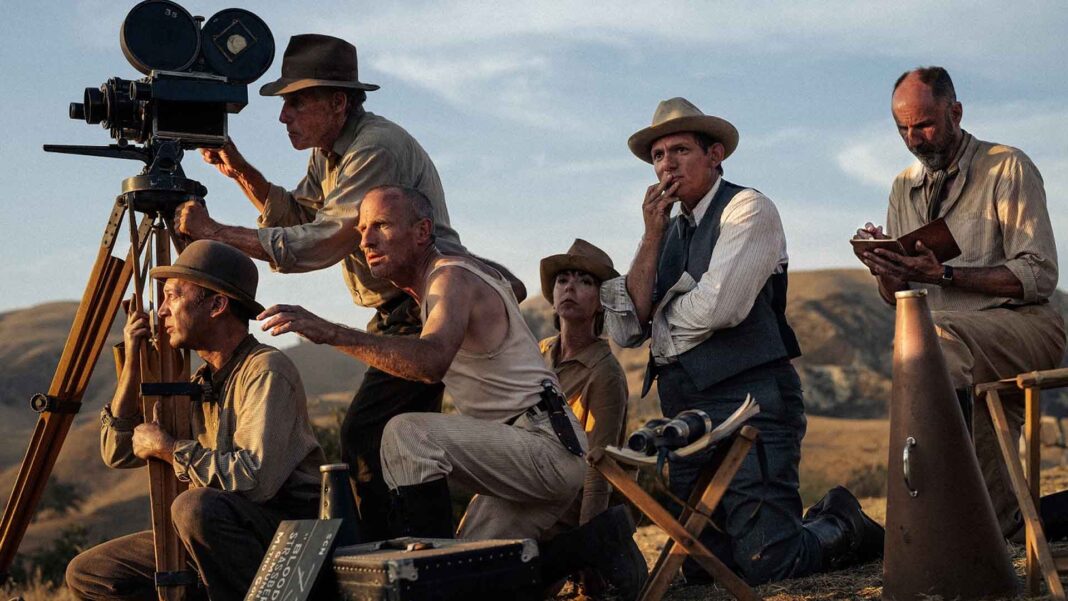 Academy Award-winner Damien Chazelle (La La Land, Whiplash) is taking things to a whole new level. Go behind the scenes and experience the movie magic of Babylon in a newly released featurette about the director.

From Damien Chazelle, Babylon is an original epic set in 1920s Los Angeles led by Brad Pitt, Margot Robbie and Diego Calva, with an ensemble cast including Jean Smart, Jovan Adepo and Li Jun Li. A tale of outsized ambition and outrageous excess, it traces the rise and fall of multiple characters during an era of unbridled decadence and depravity in early Hollywood.

Babylon is the result of 15 years of research and world-building that started in Chazelle’s head long before he typed the first draft of the script and stepped behind the camera to bring his long-gestating epic to life.

“I wanted to look under the microscope at the early days of an art form and an industry, when both were still finding their footing,” says Chazelle, “and, on a deeper level, I liked the idea of looking at a society in change.”

“There was an incredibly diverse group of pioneers building an industry from scratch combined with a manic pace of creativity that created a strange brew of sex, drugs and music that may never be duplicated,” Chazelle continues. “It’s that alchemy that attracted so many fascinating characters to the edge of the desert to create a new industry and turn motion pictures into a new art form that was still really in its infancy when the movie begins.”

“That’s what I wanted to explore — the madness and the ambition and the drive of the people who were first in line in creating this art form and this industry, because through all the pain and the heartbreak, the highs and lows of their crazed lives, all that they gained and all that they lost, what they pioneered still lives on today,” concludes Chazelle.

In Philippine cinemas starting February 1, Babylon is distributed in the Philippines by Paramount Pictures through Columbia Pictures. Connect with #BabylonMovie and tag @paramountpicsph